Happy Birthday! This year it’s not just any birthday. The birthday girl is turning twelve years old! In Jewish law, this birthday is a significant one for girls with deep meaning and relevance for the Jewish girl’s future.

Extend your celebration by enabling poor families in Eretz Yisroel to celebrate their milestones with dignity.

Donate In Honor of a Bas Mitzvah

The Meaning of Becoming Bas Mitzvah

In Jewish law, when a girl turns twelve; she becomes Bas Mitzvah (also called bat mitzva), meaning she is now obligated by Torah law in the fulfillment of Torah commandments as a full-fledged adult. At the Bas Mitzvah age, a girl (and a boy at Bar Mitzvah) acquires the Yetzer Hatov (the good inclination) which enables one to do good and keep Hashem’s commandments.

Reaching the age of twelve marks the culmination of childhood and entry into adulthood. As the Torah considers her to be an adult capable of making proper choices, she’s held accountable for her actions and all merits her soul collects from performing Torah commandments are attributed to her as an adult among the Jewish nation. What a special milestone and a true cause for rejoicing!

The transmission of a neshama, a Jewish soul, is passed on from generation to generation through the mother. A child born to a Jewish mother is Jewish. A Jewish woman has the capacity to to carry forward the Jewish chain: The Jewish home is thus formed through the mother. We see this clearly in the Torah verse which describes the work of the Kohen Gadol (High Priest) on Yom Kippur. Vayikra (16:6) says that through the Kohen Gadol’s duty G-d shall “…provide atonement for himself and for his household.” about which the Gemara explains “his house” means his wife – a wife is the pillar of the house. She therefore has the central role in keeping not just her Jewish
family intact, but ensuring the continuity of the Jewish nation as well. So, the Bas Mitzvah girl is now beginning her very own path to taking on this essential role.

Future as a Jewish Woman
Turning Bas Mitzvah is the beginning of a girl’s journey in taking her individual place as part of the Jewish nation, a new link in the ongoing chain of mothers and daughters which begins with our holy Imahos (Matriarchs) Sara, Rivka, Rochel, and Leah, and continues on  throughout the generations.

She can now partake in the special commandments Jewish women call their own. One of these is making the blessing on taking challah (hafrashas challah). A Jewish girl from Bas Mitzvah and on can do this mitzvah independently. Some girls like to perform this mitzvah on the day of their Bas Mitzvah.

After her Bas Mitzvah, a girl also fasts Yom Kippur and Tisha B’Av and whichever Rabbinic fasts her family has the custom to fast as well. Being that she will one day have the status of a Jewish mother, women and girls are not obligated to many time-bound mitzvos and therefore can pray alone at home and are exempt from some of the time-bound commandments men must fulfill.

An important message to convey to the Bas Mitzvah girl is the central role she will have in creating a Jewish home. The Torah sees women as the central figure of a Jewish home – the mother has a strong influence on the spiritual education and direction of her children, influences the level of Jewish values in the home such as Shabbos and Kashrus, and is responsible for the purity in her marriage as well.

Tznius (modesty) is a central concept in the life of a Jewish woman. Bas Mitzvah is like the Jewish coming of age, where a girl realizes how G-d has given her inner and outer beauty. Jewish tradition teaches that a Jewish girl or woman is a daughter of G-d, The ultimate King, and therefore she should always dress modestly, as would be fitting for a girl with such a status.

“Judaism encourages you to look good – but without flaunting yourself….It means being attractive in a way that draws attention past your physicality to your personhood.” explains Gila Manolson in her book Outside Inside. “In living tzniut, we deepen our relationship with not only ourselves and others, but with the Source of all…Whatever is most precious and real is less revealed.” Starting from Bas Mitzvah a girl learns to use her G-d given female traits wisely.

Girls celebrate Bas Mitzvah on a smaller scale than a boys Bar Mitzvah. Reflecting their innate Tznius (modesty) and the essential role they play behind the scenes, there’s no public performance or tasks to complete. Rather it is a time of celebrating this new status in the company of family and friends with appreciation for the new, mature stage they are entering.

The Meaning of a Jewish Bas Mitzvah 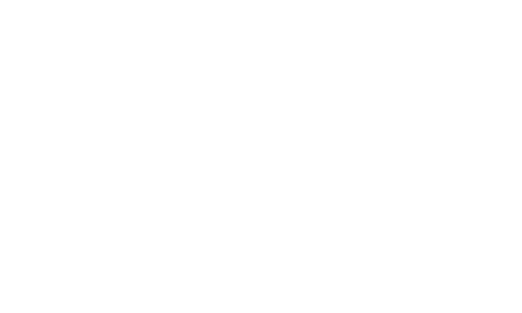 Girls become obligated by Torah law as adults earlier than boys. The fundamental reason for this is because girls mature
before boys by the level halachically required. The rabbis further explain that it is also because girls/women are more
spiritual in nature and therefore are not obligated in as many mitzvos as men. Girls are able to establish a direct connection to G-d through
individual prayer without the need for praying formally in a minyan, etc.

The joy inherent in the day of her Bas Mitzvah is of the same quality as that of a boy’s Bar Mitzvah. Even though boys have more to prepare for and perform on the day itself, the significance of the day and the cause for celebration is the same for the Bas Mitzvah girl as well.

The Bas Mitzvah Celebration
What happens at a Bas Mitzvah event? The Bas Mitzvah is usually celebrated with a special party for the Bas Mitzvah girl. How big or elaborate varies between families and communities. Some make smaller parties focused on family and friends, while others make a larger

splash. While there are plenty of bas mitzvah themes to choose from, the focus of the occasion is generally the maturity of the girl as she
reaches this significant day.

Some girls prepare a Bas Mitzvah speech containing an idea from the Torah or about a Torah personality they relate to. This Bas Mitzvah message can be any important idea the girl would like to speak about on her Bas Mitzvah.

Some families of the Bas Mitzvah girl also prepare videos or clips with pictures of the girl growing up and friends may prepare something meaningful as well.

The Bas Mitzvah day is an auspicious time for the birthday girl to increase prayer and mitzvos on that day, such as taking challah or giving extra charity.

What do you wear to a Bas Mitzvah? Whether it’s a smaller, more intimate party or a grander one, many dress in elegant clothes to give the party the importance it deserves. There are no rules about dress; rather it is based on what is standard for the family or community and personal comfort

Gifts for the Bas Mitzvah Girl
There’s no special or required gifts for a Bas Mitzvah occasion. Some like to give money gifts, others something special the girl may like. Being a significant birthday, it’s often a gift which is more valuable than for a regular birthday. The Bas Mitzvah girl should make sure to fulfill the mitzvah of giving maaser (one tenth) to charity from the monetary gifts she receives. As a special gesture, she may like to use some of her monetary gifts for giving extra charity to poor families in need on this special day.

Another worthwhile idea is to donate to the girl’s or family’s favorite charity on the occasion of her Bas Mitzvah. This is a meaningful way
to give a gift to the Bas Mitzvah girl as well as giving her extra merits on this day.

Donate In Honor of a Bas Mitzvah