Hachnosas Kallah, helping to pay for a Jewish wedding, is one of the most unique and beautiful forms of tzedakah. How does the tzedakah kupah of Rabbi Meir Baal Haness ensure that this mitzvah is fulfilled to the optimal extent possible?

In keeping with the halacha of tzedakah that the poor of Eretz Yisrael take precedence, a board of rabbanim meet monthly on behalf of Rebbi Meir Baal Haness Charities to discuss the needs of impoverished applicants from cities across central Israel. With the greatest sensitivity possible, tzedakah funds (wedding charities) — many of which come from people who donated to Rabbi Meir Baal Haness Charities — are then distributed. That charity is then used to cover the innumerable costs that come with the building of a new home. Aside from the actual money needed for the wedding, this tzedakah helps buy the basic household essentials the new couple needs to start off married life. Through the auspices of Rebbe Meir Baal Haness Charity, between 90 and 100 new couples each year are given the lifeline they need to begin a new chapter. 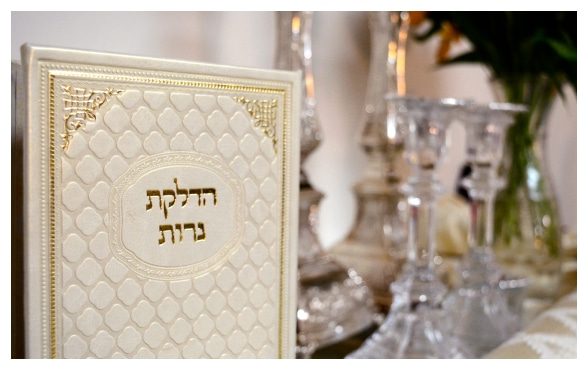 Help a Couple in Need

The highest ideal in tzedakah involves giving in a way that does not embarrass the recipients. In keeping with that ideal, Rabbi Meir Baal Haness launched a new and unique tzedakah endeavor beyond the standard Rabbi Meir Baal Haness tzedakah donations. With the help of a generous charity donor, an unused warehouse in Bnei Brak was converted — with minimal fuss and expense but with maximal thought and sensitivity — into a beautiful wedding hall.

To donate to the hachnosas kallah wedding fund of RMBH Charities is a zechus that many service vendors were eager to be a part of. The warehouse was speedily outfitted with goods and many people in the community donated of their products, talents, and time. The average cost of a wedding ranges between twenty thousand to thirty thousand dollars; in this hall, each side is asked to pay only three thousand dollars. 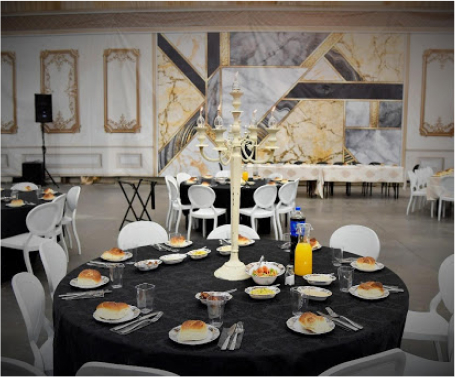 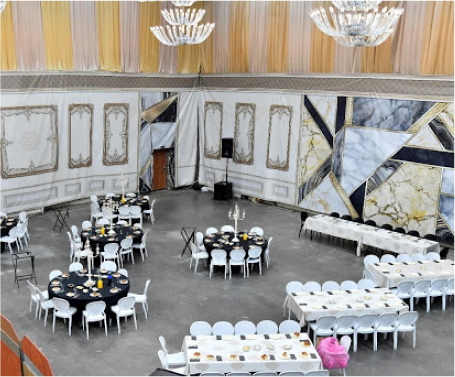 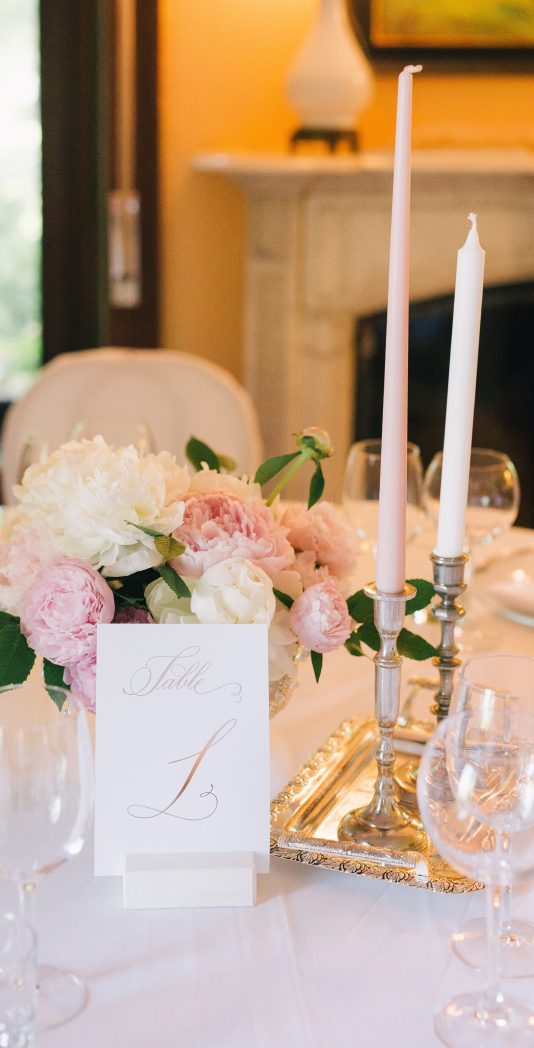 To emulate Hashem, we bring a needy bride joy — but in so giving, we receive far more.

Rabi Meir Baal Hanes’ name resonates with so many who have recited the prayer for lost objects that beseeches “God of Meir, answer me!” Yet oftentimes, the quick act of searching for “Rabbi Meir Baal Haness donate online” immediately after recitation of the lost object prayer doesn’t allow space for reflection. Why has this tefilah — when accompanied with an act of tzedakah — withstood the test of time as a tried and proven segulah (merit)? From the limited glimpse we have into the life of Meir Rabi, Reb Meir Baal Haness our teacher, the answer becomes clear: in every facet of life, this Torah luminary sought to emulate the ways of Hashem.  But his constant, continual, and wholehearted giving of himself to others in turn resulted in Hashem showering him with all the more blessing. To emulate, we give; in so giving, we receive.

Today, the tzedakah organization named after him — Rabbi Meir Baal Haness Charities — continues in the path of Reb Meir Baal Hanes’ legacy of giving. As one of the active hachnosas kallah organizations in Israel, their active involvement in the mitzvah of hachnosas kallah, charity given to help needy brides as they prepare to build their new homes amongst many other charitable endeavors. When an item is misplaced, people turn to the time-tested segulah of Reb Meir Baal HaNess: they recite the lost item prayer, and insert an available coin into the pushka. Yet when that coin is then used to help establish new Jewish homes through the Rabbi Meir fund for kallahs, light is shed where poverty had brought only darkness and a sense of loss. It is impossible to fathom the ripple effect of all those coins given to Reb Meir Baal Haness charity on the lives of a young chassan and kallah. Yet it is equally impossible to understand what ripple effect the giving of that tzedakah ultimately has on the donors who contribute to the fund of Rabbi Meir Baal Haness.

Donate To Bring a Bride Joy

A Story of One Simcha that Enhanced Another

For the past year, a young woman in need of a shidduch had been in constant touch with representatives of Reb Meir Baal Haness Charities, requesting that they pray for her. Numerous times, specially arranged minyanim had davened at Reb Meir Baal Haness’ kever with her in mind — until she called with the news that she had just become a kallah.

The representatives were gratified when they heard that her wedding date was set for the same week as that of an impoverished couple who had hoped to use the new Reb Meir Baal Haness wedding hall. The new wedding hall had formerly been an old warehouse and had been renovated to make weddings costs extremely affordable. The date of their chassunah was in question, however, because neither side could scrape together even the minimal sum of six thousand dollars to pay for the wedding.

With the thought of that young couple in mind, Kupath Rabbi Meir asked the kallah who had waited so long for her zivug if she would perhaps consider sponsoring some part of that wedding. The girl immediately pledged to, l’iluy nishmas Reb Meir Baal Hanes, donate charity to cover the full cost of the wedding, but asked if the young couple — whom she was now helping go to their chuppah — could daven in return for her and her chassan.

On two sides of the ocean, two new Jewish homes were established. Though neither kallah knows the other, the foundations of their future are nonetheless secured by each other’s intertwined tefilos, tzedakah… and the segulah of hachnosas kallah.

To emulate Hashem, we bring a needy bride joy – but in so giving, we receive far more.

Emulating Hashem and Building Homes: Hachnosas Kallah Through the Ages

To donate to the hachnosas kallah fund of Reb Meir Baal Haness Charity is to walk in the ways of the compassion and chessed that Hashem continually showers us with.

As the Midrash teaches, Hakadosh Baruch Hu was the first to perform the mitzvah of hachnosas kallah in this world. On the sixth day of creation, He Himself brought Chava to her wedding, endowed her with twenty-four adornments, and guided her to the chuppah — for so crucial is the mitzvah of hachnosas kallah. Rabbi Tarfon, the great colleague of Rabbi Akiva, was once teaching Torah when he realized that a kallah passing by needed immediate tzedakah. Immediately, he halted his lesson and asked his mother to properly dress the needy bride so that she could be brought to her wedding as Hashem had done for Chava.

The importance of hachnosas kallah was not lost on kehillos throughout the ages: in almost every Jewish community, groups were organized to care for the needs of poor young couples. From Mantua to Rome and from Krakow to Berlin, hachnosas kallah remained a priority to which people would donate at every simcha or time of distress.

Hachnosas Kallah: Tzedakah and Segulah
Hachnosas Kallah is often referred to as a “tzedakah” — an act of righteous charity — but also as a “segulah”, a treasure that fulfills every wish of its finder. In the sense that those who donate to that cause often see themselves and those around them exponentially rewarded, it is not difficult to understand why. Like a newly-discovered treasure, the reward of hachnosas kallah is inconceivable in its richness, life-changing quality, and ripple effect.

To donate time and tzedakah to hachnosas kallah is hence an activity that our Sages throughout the ages sacrificed for; for this act of charity, dangerous seas full of pirates were once braved by four leading Torah scholars of the yeshivos in Bavel who went out on a fundraising mission towards the close of the Gaonic period. Although they were indeed captured and sold on the slave market, they were redeemed by four different Jewish communities where each established a yeshiva from which streamed forth new generations of Torah leaders. As they gave, so they received: their sacrifices for the building of Jewish homes — the mitzvah of hachnosas kallah — ensured that Klal Yisrael would continue to build Torah homes even as earlier centers of learning closed down. Their emulation of Hashem’s kindness and tzedakah reciprocally brought down an outpouring of blessing from which we still derive life and light.

Many centuries later, the Tiferes Shmuel of Alexander stressed a different “segulah” aspect of hachnosas kallah in a letter he wrote two weeks before his passing. Despite his weakness, he sent a letter to America requesting that hachnosas kallah money be raised for a needy couple who did not have money to cover the expenses of marriage. The task was a difficult one, and the Tiferes Shmuel, aware of how much he was asking, explained the unique aspect of this form of tzedakah. The first Mishnah we recite every morning in Shacharis, he wrote, lists mitzvos that “man benefits of their fruits in this world, and receives the principal reward from in the World to Come”. Honoring one’s parents, acts of loving kindness, early arrival at davening, and hospitality all are included in this category, which includes Torah learning that “corresponds to all of them”. Yet hachnosas kallah is sandwiched in between visiting the sick and helping with the burial of the dead. Why? Hachnosas kallah, he explained, is placed between the mitzvos of visiting the ill and properly burying the deceased because it acts as a segulah to heal the sick that we visit (“bikur cholim”) so that burial of the dead (“levayas hames”) does not immediately follow. So great is the zechus, the great merit, associated with the mitzvah of Hachnasas Kallah!

Life is the greatest treasure; a tzedakah that prolongs our ability to accomplish in this world is truly then a segulah beyond value. Who can tell what merit accrues to all life in this world when we become a partner in with Reb Meir Baal Haness and donate to the tzedakah of hachnosas kallah?