Get ready for headbands, bows and tutus- congratulations on your baby girl!

Your brand-new little princess deserves a royal welcome. It’s time to start planning the Kiddush, which is the celebratory event for naming a Jewish baby girl.

The Birth of a Baby Girl - A Time to Give Thanks

Express your gratitude for the precious gift of a daughter with kindness to others.

Donate on the Birth of a Baby Girl

Naming a Jewish Baby Girl and Hosting a Kiddush Ceremony

In many communities, the Kiddush is held on the first Shabbos morning after the baby’s birth. During the morning Shabbos prayers, the baby is given her name. After the services, a festive spread of cake and goodies is arranged for the guests to partake. Though there generally isn’t a sit-down meal at a Kiddush, a more lavish Kiddush will include cholent, kugel and other hot food.

Surprisingly, there are actually communities where the kiddush is not held on the day that the baby girl gets her name. In some places, parents will name their daughter on a weekday following the birth. This can be Monday or Thursday, the two weekdays that the Torah is read. Then, they’ll wait for the next most convenient Shabbos to hold a Kiddush.

Making a Kiddush is an exciting occasion! Besides for celebrating the naming of a Jewish baby girl, it’s a means of expressing gratitude for your precious gift. If your birth has gone well and the baby is healthy, your happiness is probably overflowing. Give thanks with the celebratory Kiddush.

Before the kiddush even takes place, as soon as you meet your baby after nine long months of waiting, there’s an opportunity to express your gratitude. Both parents of the new baby recite the Jewish blessing of Shehecheyanu after a baby girl is born. It’s a way of showing gratitude and joy for having merited welcoming a Jewish baby girl into the world.

Even more, Jewish tradition says that names express a person’s essence. The word neshamah is Hebrew for soul, spelled with four Hebrew letters. The two inner letters of neshamah spell the word shem, Hebrew for name. A person’s name reveals the essence of his soul.
Now don’t start worrying about how you are supposed to know what your baby’s soul represents. There is a Jewish naming tradition that new parents are gifted with ruach hakodesh, a Divine intuition that leads them to name their baby the very name that corresponds to her essence. You might feel a certain pull toward a name- like when that new parent looks at the baby and says, “She just looks like a Rachel!”
There are several customs when choosing how to name your baby girl as well. Ashkenazim often name a baby girl after her deceased grandmother, or other ancestor who was known for her good deeds. Giving the name of a special woman inspires the hope that the baby will follow in her namesake’s footsteps.

Some people will give their baby girl a name after a person who had a positive influence on their life. That’s why you’ll notice that popular Jewish baby girl names are often that of a famous Rebbetzin (rabbi’s wife.) Many people who were positively influenced by that well-known figure will give their babies her name, and pray that their new baby display the same righteous actions her namesake did.

Others like to give Biblical names, using names of righteous women from Tanach. Often, this name can be chosen from the Parsha (weekly Torah portion) that is read on the Shabbos that the Kiddush (and naming ceremony for Jewish baby girl) is held.

Sephardim have the custom to name children after living relatives. It’s a mark of parental respect and honor to name a daughter after one’s mother. Often, the first two girls in a Sephardic family will bear the name of their father’s mother and their mother’s mother. The grandmother is an honored guest at the Kiddush, and may have a secret special spot in her heart for the granddaughter who shares her name. 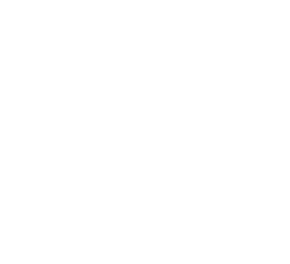 Looking at your tiny precious girl, you might feel a fervent desire to give your new baby the best of everything.Most
parents feel that way, but some aren’t able to provide even the basics. Making a donation in honor of your baby girl’s birth
to help others feed and clothe their children is a most meaningful expression of appreciation.

Kiddush Ceremony for Naming a Jewish Baby Girl
Now that you’ve chosen the perfect name for your baby, bring on the celebration! Baby girl Kiddush invitations can be designed as you please. There are no specific themes to keep in mind — unless you want to keep it pretty in pink! You may want to invite people to the ceremony personally, or simply hang up an invitation on your congregation’s shul bulletin to inform and invite the congregation to the Kiddush. This will double as a Jewish birth announcement as well.

Sometimes parents of baby girls feel that there is less celebration for the birth of a Jewish baby girl. There’s no bris milah, no shalom zachar. But while those occasions may involve more Mitzvos and Jewish law, the Kiddush held for a baby girl is simply there as an appreciation event. It’s to show how grateful you are for a most precious gift.

The Kiddush is also an opportunity for family and friends to share the traditional Jewish congratulations on the birth of your baby-Mazel Tov! May she have good fortune all her life. Well-wishers often add further blessings for your baby girl.

For the Mother of a Baby Girl

At the baby naming ceremony, the new mother, who is recovering from birth, gets a blessing as well. The father of the baby will name his daughter while the Torah is read in shul. Immediately thereafter, a prayer for the mother’s health is recited by the person reading the Torah. The prayer blesses the baby’s mother with a quick return to full health and vigor.

If you are the new mother and you’d like to attend the Kiddush being held in honor of naming your Jewish baby girl (believe it or not, many mothers opt to stay home) it’s important not to come only for the Kiddush after the services. There is a custom to make the shul your first stop after having a baby, in order to answer words of Kaddish and Kedushah. (These are prayers of praise to Hashem said in shul.)

Coming to shul after you have a baby and reciting the words of these prayers show you appreciate that you’ve made it safely through the birth (which always includes some risk). There are so many aspects to birth: A healthy mother, a baby that’s well, and an easy recovery for both. Saying Kedushah and Kaddish is another way to say thank-you for these blessings.

Many Kiddush attendees may bring Jewish baby naming gifts. Being showered with presents, good wishes and blessings is a heady feeling- Revel in it! And pass it on to others

Donate on the Birth of a Baby Girl