Light up the World

Go for the Gold

In Those Days, In These Times

When Chanukah arrives, every Jewish home is graced with flickering Chanukah candles, evident to all passersby. There’s a story behind those little lights.

The Chanuka miracle occurred during a time when the Jewish nation was no longer under autonomous rule in the Holy Land, since Judea (as Israel was known then) had been captured by Alexander the Great in 336 B.C.

Being part of the Greek empire meant being exposed to the Hellenist culture. The Greeks aimed to spread their values, — sports, beauty and philosophy — to all the corners of their empire. And that included the Jews.

Though Greek values are diametrical opposites of Jewish values, the Greeks were insistent on spreading their values throughout the region. They passed harsh decrees that would take away the Jews’ freedom to learn and practice the holy Torah. No more could the Jews cling to their laws that made them different, unique, and special. The Hellenizers were bent on getting rid of the Torah and the status of the Jewish nation as supreme. Anyone caught learning Torah or practicing mitzvos would face harsh consequences.

The Jews greeted the decrees with horrified shock and dismay. How could they live their lives without learning Torah?!!
Torah was the base of their existence. There was no way they could listen to the Greek demands. Instead, the Jews began learning Torah and doing mitzvos in secret.

Some Jews ran away to caves or hid in the forests. There were Jews learning Torah in hidden rooms. All of them knew that being caught meant arrest, imprisonment or worse. But these brave Yidden would not allow the light of Torah to be extinguished by the evil Greeks.
Mattisyahu Hakohen, the Kohen Gadol (High Priest) in the Beis Hamikdash (Holy Temple) decided that it was time to fight back. He experienced terrible heartache seeing the Greeks defile and smash the Temple in Jerusalem. This meant that the Jews could no longer perform the holy avodah (service) in the House of Hashem.

Then, a Greek general tried to force Mattisyahu, as the Kohen Gadol, to sacrifice a pig on an altar. Mattisyahu killed the general, setting off the epic battle between the Greeks and the Jews. Mattisyahu called out, “Mi l’Hashem eilai!” which means, “Whoever is for Hashem, come to me!” and indeed, all the Jews who were still loyal to the Torah made their way to Mattisyahu, ready to help fight.

The fighters called themselves the Maccabees, which was an acronym for their battle cry (mi kamocha ba’eilim Hashem.) They were
a tiny group of Torah scholars with hardly any ammunition. Yet, as defenders of Hashem’s will, they attempted battle against the chariot-carrying war elephants of the great Greek empire. Every natural prediction for victory was against them.

And yet, the purity of the

Torah Jews won over the degraded Greeks. In a stunning miracle, battle after battle left the Jews victorious. With Hashem on their side, the Jews managed to drive the Greeks out of their land for good, in approximately 140 B.C.

The very first thing the Maccabees did after soundly trouncing the Greek armies was to head to the Beis Hamikdash. It was time to restore its holiness and purity.

But there was one area of the Beis Hamikdash that the Maccabees could not immediately restore. There was a holy Menorah made of pure gold that stood in the Temple, which the Jews were commanded to light every day with pure olive oil. The Greeks, knowing this, had destroyed every last bottle of oil that could be found in the Beis Hamikdash. There was no pure olive oil to be found. And it would take eight days for fresh, pure olive oil to be pressed and transported from the North of Israel.

It seemed that the

inauguration of the restored Temple would need to wait over a week before being fully complete.

Until one kohen came running, holding a small flask of oil in his hands. “It’s pure!” he shouted. Indeed, the small bottle of oil he had found was sealed shut. No Greek hand had touched it. Now the exultant Jews could light the golden Menorah, sending the holy light throughout the Land. This was another great miracle, which brought tremendous joy to the Jews.

But each bottle of oil contained just enough oil for one day of Menorah lighting. One bottle of oil wasn’t nearly enough for the next eight days…or was it? When there are miracles on your side, oil that should have lasted just one day can burn for eight days. And indeed, The flames of the Menorah miraculously cast their glow for the following eight days as they continued burning strong, and the Jews basked in their glow. And the flames lasted until there was a fresh-pressed batch of new, pure oil available to light the Menorah with the very next morning.

Have a Chanukah Sameach!
Today, we celebrate the Chanukah holiday to commemorate all the wonderful miracles Hashem performed for us in the dark era of the Greeks, allowing the light of the Menorah and the light of Torah to shine once again.

We remember the miracle through the mitzvah of lighting our own menorahs. The mitzvah of Chanukah candle lighting takes place just after nightfall, and we place the menorahs on the windowsill or at the door. This way, the lights will be easily seen by people walking in the street. It’s important for our Chanukah lights to be seen, because lighting the menorah is meant to give publicity to the neis Chanukah (miracle of Chanuka.) This is called pirsumei nissa (publicizing the miracle).

Every Jewish man, woman, and child has an obligation to light the menorah, though the head of the household can light for everyone in his house. The one lighting the menorah recites multiple Chanukah brachos every night. The first is, “Asher kidishanu b’mitzvosav v’tzivanu l’hadlik ner Chanukah.” In this blessing, we bless Hashem for sanctifying us with His
commandments and commanding us in the mitzvah of Chanukah candles.

The second blessing is, “She’asah nissim la’avoseinu bayamim haheim bazman hazeh.” Here, we bless Hashem for performing miracles for our forefathers in those days, in these times. On the very first night, we also add a third blessing of, “Shehecheyanu v’kiyimanu v’higianu lazman hazeh.” This blessing thanks Hashem for giving us life and sustaining us, and allowing us to reach this special time.

All of the above blessings for Chanukah follow the same theme, emphasizing the deeper meaning of the holiday. In each one, we give thanks to Hashem for the miracles He performed for us, which is what Chanukah is all about.

Those little Chanukah candles we kindle so lovingly remind us of the miracles that happened in the times of the Greeks, and they serve as a reminder to us to reignite the fire in our own Judaism. They signify the light that’s inherent in the Jewish heritage and in the holy Torah. This light — the light of the holy Torah, and its layers of rich meaning — have kept the Jews going throughout the years of our exile.

We want to internalize the holy light, so as the candles burn, we sit and look at their flames. For the first half-hour after the candles are lit, we don’t do any melacha (purposeful work.) The custom is especially significant for women who do not light the menorah, but fulfill the obligation of candle lighting by having their husband light for the entire household. By being careful not to do work, they show that the mitzvah is truly important to them. Instead of working, the family uses this time to sing songs with Chanukah lyrics about the great miracles the Jews experienced on Chanukah, and internalize the Chanukah candles’ holy glow.

Chanukah Traditions
We recite special Chanukah prayers all eight days of the holiday, including Hallel (the collection of Psalms that praise Hashem on special occasions), every day. During the thrice daily Shemoneh Esrei prayer (prayer recited quietly while standing) and in Birkas Hamazon (Grace after Meals) we add a paragraph of praise as well: Al Hanissim chanukah. This prayer thanks Hashem for the nissim (miracles) and salvation He performed in the times of Mattisyahu.

Lighting the Chanukah candles with a Chanukah oil menorah is preferable to using candles according to the halachos of Chanukah, because the original neis (miracle) occurred with oil. Lots of silver menorahs come with little cups that can be filled with olive oil and then lit.

But there are also other traditions that we fulfill on Chanukah to remember the miracle of the oil. Fried foods aren’t the bad guys on Chanukah. Traditional Chanukah foods are fried in lots of oil, like latkes (potato pancakes) and donuts to commemorate the miracle oil of Chanukah. 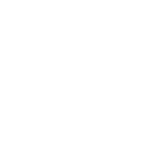 When you’re looking for Chanukah game ideas, look no further than the ancient dreidel. Playing dreidel is the traditional
Chanukah game. The dreidel is a four-sided top with a Hebrew letter on each side. We play dreidel to remember the
brave Jews who hid from the Greeks in order to learn Torah. Those Jews had lookouts posted, and when the Greek
soldiers arrived at their hideouts, the lookout guy told everyone to quickly put away their Torah books and pull out
tops instead. This way, it looked as if the Jews were simply gaming.

Many families get together to spend time on Chanukah, hosting parties with Chanukah party games and food. Get a collection of dreidels for time-tested, easy Chanukah party ideas. You can make a twist on the traditional dreidel game for your Chanukah party, such as having each letter on the dreidel stand for a different action the player must perform. For example, the letter hey can stand for hallel (praise), and the player must give another person a compliment.

A favorite tradition that makes it a Chanukah sameach for the kids is Chanukah gelt (money) or Chanukah gifts. While the origin for this tradition is not completely clear, one of the reasons given is that back in the 18th century, parents would send their children to give money to their teachers in honor of the holiday, as thanks for introducing them to the light of Torah. Eventually, this morphed into giving the children money to keep.

One of the reasons for giving the children money and gifts on Chanukah was to reward them for learning the holy Torah that the Greeks wanted to destroy. Using money for spiritual reasons, like to support Torah learning, is directly opposed to Greek values, which were to use the physical world only for its own sake. When we use physical things like money for spiritual purposes, like to donate to Jewish charities that support Torah scholars, it’s a beautiful way of affirming our connection to true Jewish values.

Come Chanukah, you’ll see Chanukah gelt chocolate coins in every Jewish supermarket, to remind everyone of the custom of giving money.

Spreading Torah Light
Giving gelt on Chanukah to Jewish tzedakah organizations that support impoverished Torah scholars allows you to have a part in spreading the light of Torah in the world. Rabbi Meir Baal Haness tzedakah supports 5 kollelim (programs for adult men Torah learning) in Israel, as well as providing tuition and textbooks for 1,000 children to be able to learn Torah in school.

The mitzvah of tzedakah (Jewish charity) applies all year long, but when Chanukah comes, we want the holy light we see in the Chanukah candles to spread to all Jews. Helping Jewish charities in Israel give money to people who learn Torah all day brings that light into the world for all Jews.

Think of it as a modern-day victory over the Greeks-here we are centuries later, still supporting and learning the holy Torah despite all their evil decrees. Torah wins once again.

Help Spread the Light of Torah