Share in the pidyon
haben of a family
member or friend

Show Gratitude for This Special Occasion by Reaching Out to Others

A unique occasion calls for a unique celebration.
Share your blessings with others on this day of gratitude by helping Hashem’s less fortunate children!

Donate In Honor of a Pidyon Haben

The Power of Pidyon Haben​

Does Every Jewish Firstborn Have a Pidyon Haben?
You just had your very first baby — and it’s a boy! Mazel Tov. It’s time to start planning the Pidyon Haben. Or, is it?

That depends on a variety of factors. While Pidyon Haben does mean “redemption of the firstborn,” most Jewish firstborns aren’t actually redeemed. There are very definite limits for the mitzvah of Pidyon Haben.

Because there are so many factors in deciding whether or not a Pidyon Haben is in order, it’s advisable to confirm with a rabbi in any cases of doubt.

The History Behind Performing Pidyon Haben
First, what is a Pidyon Haben? A Pidyon Haben is performed by the father of a firstborn Jewish boy. The father redeems his son from a Kohen by giving the Kohen five authentic silver coins. What is the Pidyon Haben meaning behind the ceremony?

To understand this obligation, a little Jewish history is in order. Originally, all firstborns were intended to be Kohanim, and perform services in the Bais Hamikdash. Every family would have their oldest son represent them in the Beis Hamikdash.

But this plan was changed after the Sin of the Golden Calf, during which only Shevet Levi, (the tribe of Levi,) was completely free of sin. The rest of the Jewish nation was punished for their misdeed and they lost the privilege of serving as Kohanim. Instead of the firstborns of the nation performing the service in the Beis Hamikdash, the descendants of Aharon, from the tribe of Levi, took their place.

However, firstborn Jewish baby boys retain the intrinsic potential to be a Kohen. They are born with a special kedushah (holiness) as a result of being “set aside for G-d’s service.” It’s because of this unique status that he needs to be redeemed by a Kohen through Pidyon Haben. The Kohen will fulfill the service in the baby’s stead, thereby actualizing the baby’s potential for holiness.

Your little boy is special- but you already knew that, didn’t you?

What is the Pidyon Haben Ceremony Like?
When it comes to a wedding or a bris, we’re often familiar with the steps of the ceremony. But because a Pidyon Haben ceremony is a unique occasion, which occurs to only 1 in 10 Jewish couples (source: aish.com), you may find yourself anticipating your special day with little idea of what the Pidyon Haben is actually going to look like. Here’s what to expect:

A Pidyon Haben can’t happen without a Kohen, so it’s important to find a Kohen right away. Ideally, you’ll want to have a kohen who is knowledgeable and experienced with the proceedings of the Pidyon Haben ceremony. You may want to ask a Rabbi who is a Kohen to be the one to accept the redemption coins, but a kohen who is not a rabbi is perfectly fine as well. If you have a family member or an acquaintance who is a kohen, you may decide to honor that person instead.

Next up, in the Pidyon Haben requirements is preparing the Pidyon Haben tray, where the baby will lay during the redemption ceremony. As we do for many mitzvos, you may want to beautify the mitzvah of Pidyon Haben with an elegant tray. A silver tray used for candlesticks may be just the right size.
To show our love for the mitzvah and our joy at being able to perform the Pidyon Haben, the baby is laid on the silver platter and draped in gold jewelry. Ask family members to whom you extend a Pidyon Haben invitation to bring along gold bracelets and necklaces. It’s helpful to have some gold-colored safety pins on hand to secure the jewelry to the baby’s outfit. And don’t forget, your newborn baby boy is the man of the hour. You’ll want to dress him up appropriately, in his most festive outfit.

Because this is a unique opportunity to perform a mitzvah, it will be marked with a celebratory meal. Another decision you have to make here is to decide whether you want to book a hall and hire a caterer, or if you want to go for something homier, and host the Pidyon Haben seudah at home, something on a smaller scale. Either way, remember to take care of the Pidyon Haben invitation, whether you’re inviting family and friends via phone call or by circulating an announcement card.

Your baby’s big day is here! Your little boy is only 31 days old, but it is in his honor that the Pidyon Haben ceremony is performed. After your baby is carefully laid on his tray, with the gold jewelry arranged around his ankles and trunk, he’s ready to be brought before the Kohen.
The father of the baby places his son on a table, behind which the Kohen stands. In Hebrew, he declares that this child is a firstborn son.
In response, the Kohen asks the father which he prefers, to give up his firstborn son or to redeem him. Since the Torah obligates the father to redeem his son, the father then proceeds with the redemption.

Before the father hands over the coins, he recites two brachos: first, he makes the bracha, “v’tzivanu al Pidyon Haben,” thanking Hashem for giving him this mitzvah. The second bracha is ‘Shehecheyanu’, thanking Hashem for bringing him to this special day. As the father finishes saying each bracha, the crowd gathered around will respond with a loud, “Amen!”

Then, the baby’s father hands the Kohen the prepared five silver coins, and the Kohen accepts them. With this action, he has fulfilled his mitzvah and completed the pidyon. The baby can be returned to its mother, and the assembled crowd is ready to wash and eat the festive meal  in honor of the Pidyon Haben.

During the meal, it’s appropriate to have someone deliver a Pidyon Haben Dvar Torah. Often, the father of the baby speaks, while some ask the Kohen to address the crowd.

The Pidyon Haben dvar torah can focus on the meaning of the mitzvah, or connect to that week’s Torah reading. A short, meaningful idea can serve as the perfect Pidyon Haben Dvar Torah.

The Depth and Meaning Behind a Pidyon Haben 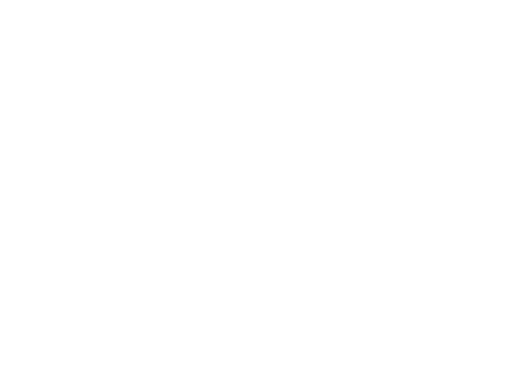 Having your first baby is a deeply emotional time. There’s a certain special love you feel toward
your oldest child. You notice all the blessings in your life as you appreciate the wonderful gift of a son.
Feelings of gratitude run deep when cradling that warm little bundle in your arms for the very first time.

Gratitude reminds us that all the blessings in our life come from Above. As Jews, we know that everything we have is a
gift. And we want to channel all our feelings of thankfulness and joy to the One Who is the Source of all good.

That’s where Pidyon Haben comes in. When we experience the miraculous birth of a firstborn, it’s a time to remember that everything we have is given to us by Hashem. By redeeming our firstborn with Pidyon Haben, we show our belief that we don’t have anything of our own. Even this child does not truly belong to us, until we perform a Pidyon Haben to redeem him.

Realizing how much we owe Hashem leads us to be humble and to feel grateful, and appreciate every bit of blessing, rather than taking it for granted.

Expressing our gratitude in honor of a Pidyon Haben can take so many forms. Strengthening our observance of a mitzvah is one way. Helping His less fortunate children is another way to show gratitude to Hashem. It’s also a way of modeling ourselves in His footsteps- just as Hashem is kind to us, so too, we are kind to others. Just as we want Hashem to give our child the best chances in life, so too, we give others better chances in life.

Donate In Honor of a Pidyon Haben